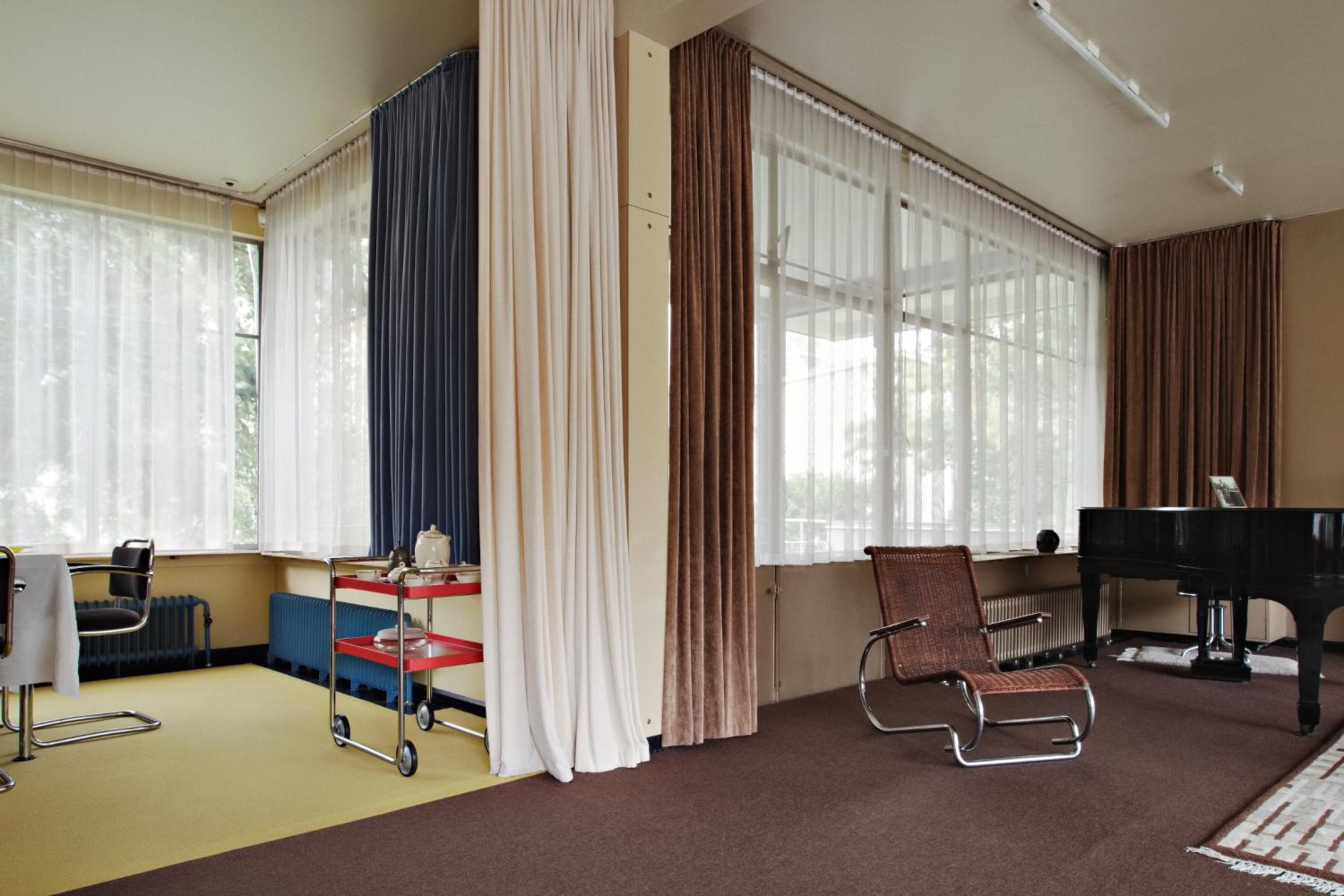 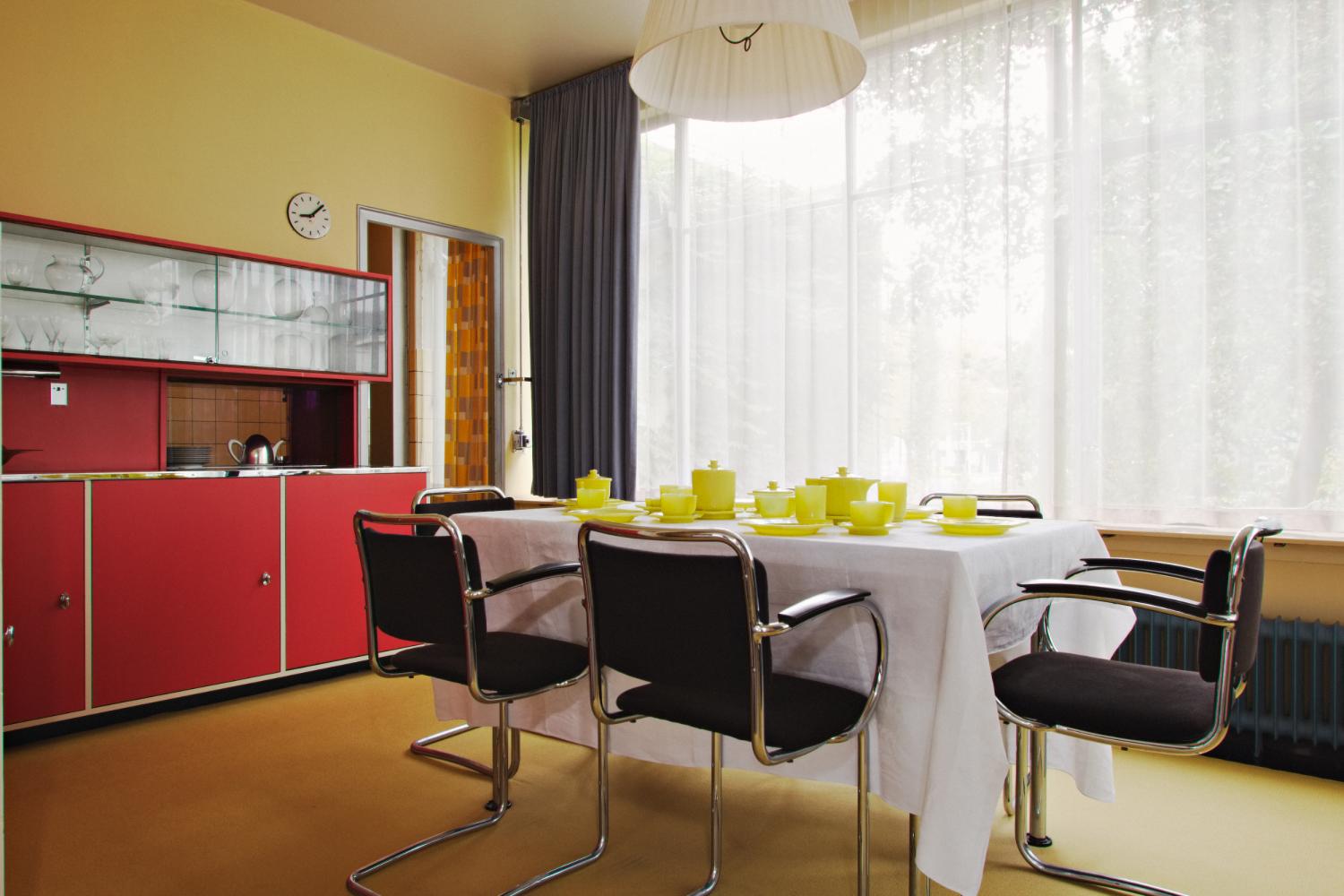 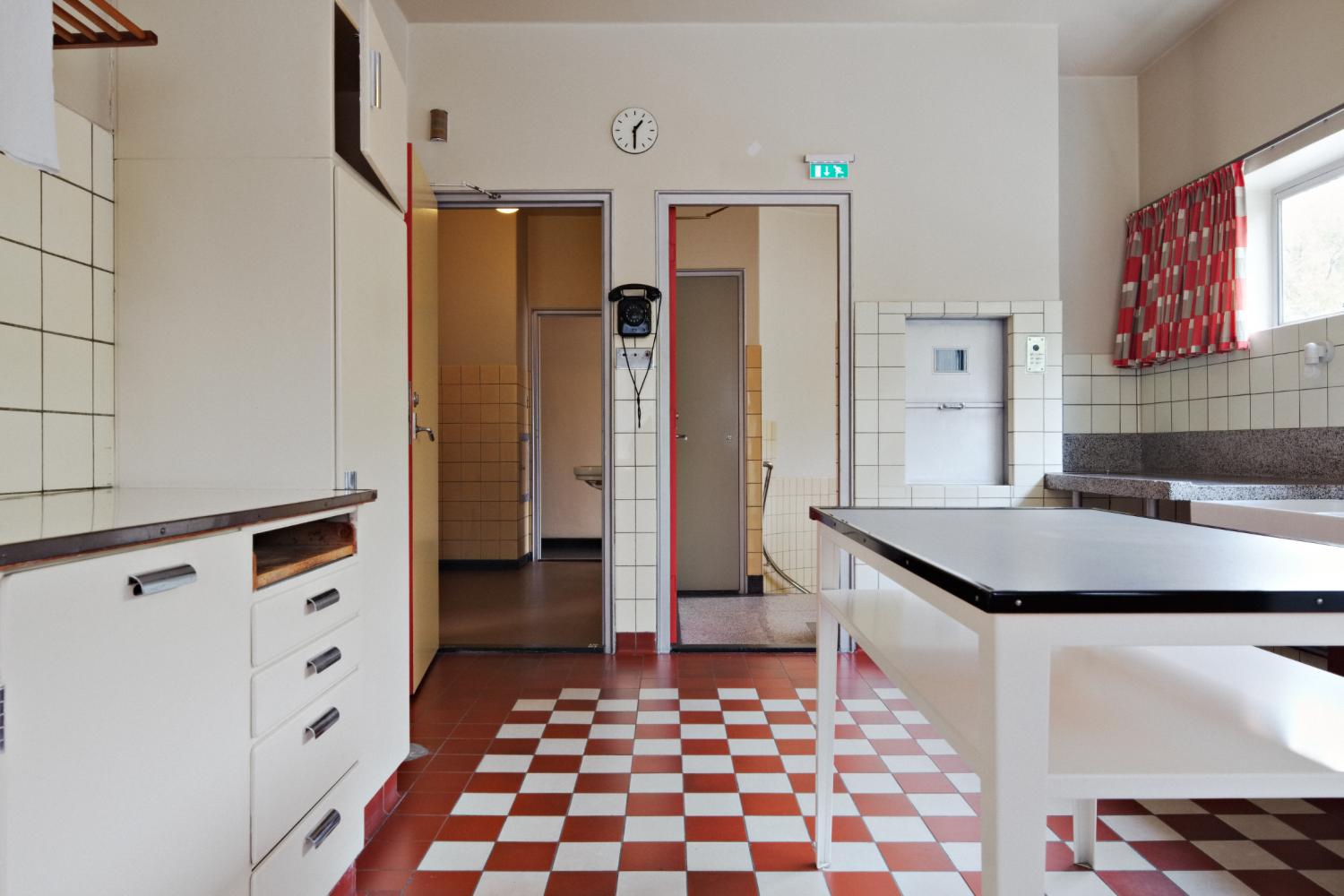 Sonneveld House now contains various examples of Dutch design from the 1920s and 1930s that were not originally in the house. These objects, in particular glass items, have been added because they fit with the style of the house and the family’s taste. This chartreuse, pressed-glass service is one of the first examples of modernist industrial design in the Netherlands.

This service was originally designed for Glasfabriek Leerdam by architect H.P. Berlage (1856-1934). In 1924 it was adapted for mass production by Piet Zwart (1885-1977), who was then working in Berlage’s practice. The service proved difficult to produce in the desired material – graniver – a newly developed opaque form of glass with a granular structure. Test models showed that it was impractical to use and the costly moulds would make the service too expensive. Berlage had hoped that the service could be produced in heat-resistant glass, but the factory was unable to achieve this. As a result the planned complete dinner service was ultimately limited to a (nonetheless relatively extensive) breakfast service.

On the table is a rare complete set, comprising breakfast plates, milk glasses, teacups, a teapot, a milk jug, a sugar pot and eggcups. The Sonneveld family never owned this service. It was, in fact, no longer on the market in 1932. Nonetheless, Sonneveld House is a logical place for this rare and beautiful service. After all, the Sonneveld family owned other glasses and vases from Leerdam. The design embodies the modernist ideal of the marriage of art and industry and is an example of innovative and artistic use of glass. The crisp, geometric forms express Berlage’s and Zwart’s conviction that machines, if used appropriately, were capable of producing aesthetically pleasing household objects. In this sense the service fits seamlessly in the interior of Sonneveld House, which is largely furnished with mass-produced items. There are also numerous connections between Albertus Sonneveld and Piet Zwart, who designed the kitchen in the house and graphics for Van Nelle. If the service had still been available in 1932 it is not inconceivable that the Sonneveld family would have used it for breakfast.

The service by Berlage and Zwart at serviezendomein.nl

In 2011 the pressed glass service was one of the highlights of the exhibition Berlage Totaal! at the Gemeentemuseum in The Hague. 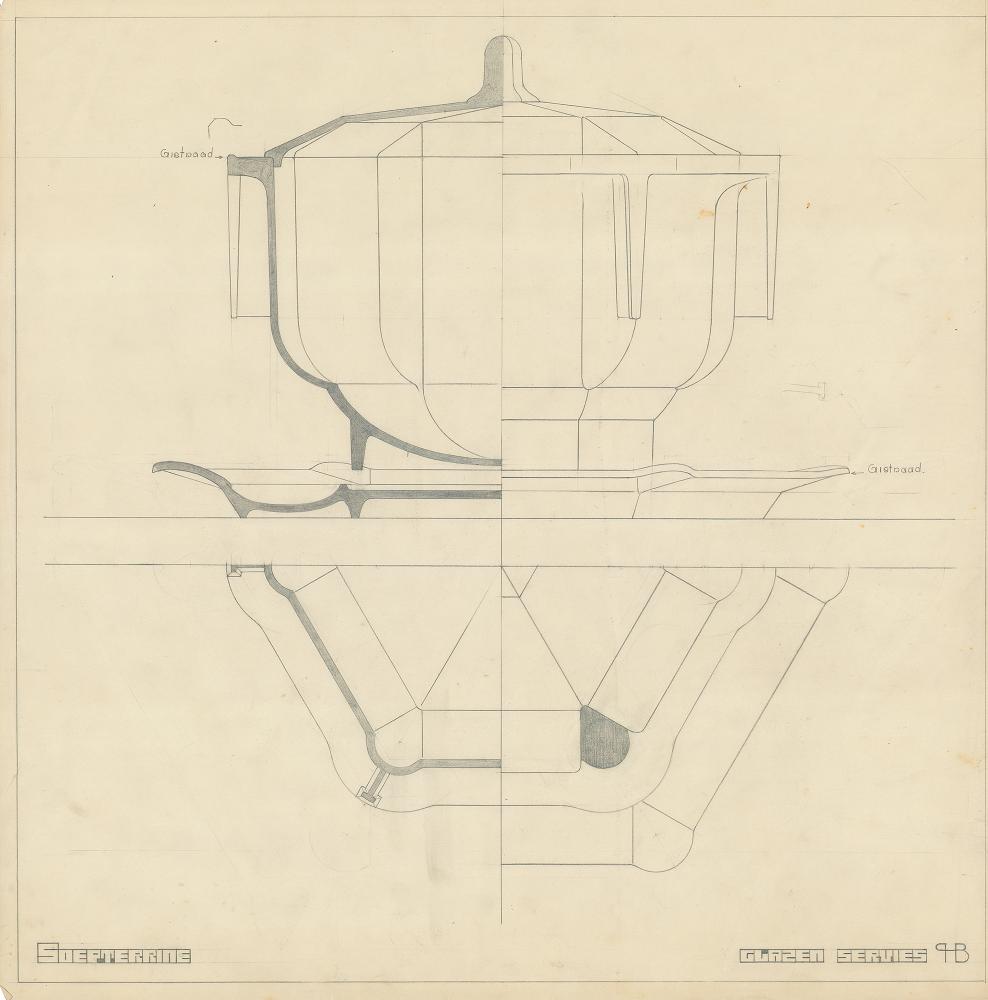